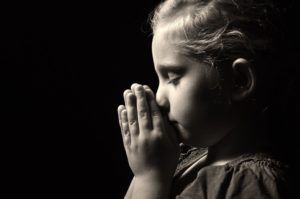 An increasing number of couples in the United States are comprised of people of different faiths. Divorces involving interfaith marriages can be particularly contentious or messy when child custody is involved. It is not uncommon for the divorcing couple to have major disagreements about the child’s religious upbringing and how it should be conducted following the divorce.

New Jersey courts have made it clear that religion is a “major” decision, within the meaning of child custody laws. This means that if the parents cannot come to an agreement on which religion the child will be raised in, then the primary custodian will make the decision. However, even though the primary parent is typically allowed to make the final decision, this decision will not always be imposed on the non-custodial parent’s time with the children. For example, in Brown v. Szakal, 212 N.J. Super. 136 (Ch. Div. 1986), the mother was Orthodox Jewish and the father was not. The mother was the primary parent, and sought to have the father ordered to follow Orthodox Jewish dietary rules during his parenting time. The appellate court declined to require the father to do so.

Many couples talk about religion and their children far before a divorce is ever contemplated, and sometimes even before marriage. It’s quite common for couples to verbally agree that their future children will be raised in one faith or another. When divorcing, the non-custodial parent will sometimes seek to enforce this verbal agreement. It’s not impossible or out of the question that a judge will enforce such an oral agreement, but it is not likely. For one thing, these agreements are often quite vague. Spouses may choose a religion, but will not have discussed exactly the denomination, the frequency of attending services, or the intensity of religious training. Additionally, when the court is called on to make such a determination, the analysis is always focused on the best interests of the child.

It is important to note, though, that if the parties come to an agreement during their divorce negotiations about the child’s religious upbringing, then that agreement will be enforceable in the future so long as it is properly included in the written settlement agreement.

If you are facing a divorce and a disagreement over your child’s religion, contact us today at (732) 479-4711 We can help you navigate this delicate topic.