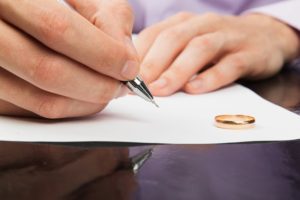 After divorce or the end of a relationship, most times former partners move on to new connections and romantic interests. New significant others can pose complicated and emotionally charged problems when the former partners share children together. Some couples have what is called a “paramour clause” in their divorce or custody order. A paramour clause is a part of an order that restricts the parties’ ability to expose the children to new romantic partners. In New Jersey, these are called “DeVita” restraints, so named because of a case from 1976, called DeVita v. Devita. However, recent case law indicates that the attitude of the courts is changing with the times.

In Mantle v. Mantle. the issue of whether a DeVita restraint should be enforced came before the court. In that case, a divorcing couple came to an agreement that they would have an indefinite ban on exposing their child to a new love interest. A few months after the parties entered into this agreement, the mother tried to enforce the DeVita clause against the father. The mother alleged that the father was allowing his new girlfriend to have contact with the child during his parenting time, but she did not allege that the girlfriend was doing anything inappropriate or endangering to the child. The court refused to enforce the DeVita clause, even though it was something the parties had agreed on. The court noted that the DeVita case was old, and that societal norms had changed such that it was no longer unusual for new romantic partners to spend the night, even in the absence of marriage. The court determined that any DeVita clause or restriction must be reasonable, based on the best interest of the child. The court ruled that any length of time in such a restrictive clause should be based on how long the parents have been separated, how long the parent has been in the new relationship and any diagnosed psychological issues of the child. In this particular case, the judge ultimately decided that the parents may introduce new partners to the child after six months, and those partners may start spending the night after a year.

If you have questions about DeVita restrictions, call us today for an appointment at (732) 479-4711. We have experience in child custody and the transition to new relationships for our clients, and can help you navigate this emotionally tense time.