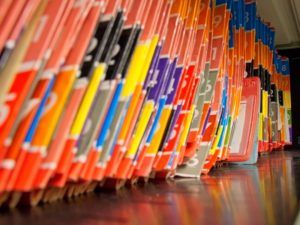 Can Medical Records Be Subpoenaed in Divorce & Custody Cases?

Courts typically allow parties to request and receive copies of documents that are relevant to the child’s best interest. Discovering whether a parent has received certain diagnoses and whether he or she is compliant with professional recommendations certainly qualifies as relevant to a best interest determination.

In many divorce or custody disputes, the parties go through a process called discovery. In discovery, either parent can request copies of medical records or mental health records of the other parent as it relates to custody.

"Best Interest" of the Child

All custody decisions are guided by what is in the child’s best interest. “Best interest” is a legal term of art that is comprised of a long list of factors. It is a subjective analysis, and the court will take anything into account that may affect the child’s well-being. If one parent has a history of medical problems or mental illness, this may be taken into account.

Mental illness is a broad term, encompassing everything from mild post-partum depression to schizophrenia to everything in between.

Just because a parent has been diagnosed with a mental illness or disorder does not automatically disqualify that parent from having visitation or even custody of the children. It will depend on a variety of factors, including the severity of the mental disorder and whether the parent is compliant with any treatment plan developed by his or her medical team.

For example, a parent who has been diagnosed with depression and is taking the properly prescribed medication for that condition will most likely not be excluded from visitation or custody based solely on that issue.

Custody for Parents with Medical Conditions

If a parent has persistent, recurring, and serious medical problems, this can affect whether he or she is a suitable custodian. If the medical condition is so serious as to prevent a parent from effectively supervising and parenting a child, then that medical condition may certainly restrict the parenting options in a custody dispute.

If you are facing a child custody dispute that may involve a parent’s mental or medical condition, then contact us today at (732) 479-4711. We have experience helping clients to understand how these sensitive topics relate to their child, and in presenting these issues to the court.