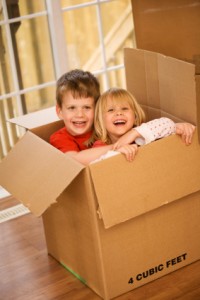 Perhaps no area of family law is as emotionally overly burdened as that of child custody and visitation. Every parent wants what is best for the children, and that usually means having a visitation plan that provides for the child to spend as much time with each of the parents as possible. One way to achieve this goal is to include the “right of first refusal” in your custody order.

The right of first refusal is a fairly common clause that can be included in a final order. This clause will provide that in the event the parent exercising visitation cannot look after the child for whatever reason (work, errands, medical procedure, etc.), then he or she must first offer the other parent the opportunity to watch the child before contacting another relative or babysitter. The idea behind this is that it is in the child’s best interest to have as much time as possible with the parents, and that bonding with the parents is more important that bonding with other relatives or non-relatives. It is common for a right of first refusal to have a time element involved. For example, it may read that the parent exercising visitation is only required to offer the other parent the opportunity to watch the child if the exercising parent will be unable to watch the child for three hours or more. This type of time element is important because without it, a strict reading of the right of first refusal would mean that any time a parent is going to leave the house for any reason even if it is for a short amount of time, the parent would be required to offer the other parent the right to watch the child. This would be impractical.

The right of first refusal can be a good compromise in some cases, allowing the parties to maximize the time the parents spend with the children.