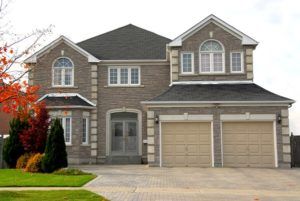 The entry of a final divorce decree means the end of a marriage. However, the provisions of a final decree often leave the two parties tied together in other ways, such as child custody, child support, alimony.

How to handle the division of the marital residence is no exception. It is not uncommon for the trial judge to order the spouse who is still living in the house to put the house on the market and sell it as soon as possible. Issues often arise, however, when the spouse still living there drags his or her feet, or just flat out refuses to comply with the order.

Strategy on how to deal with such an ex-spouse varies widely and will depend on the fashion in which your ex-spouse is not living up to his or her responsibilities under the order.

If the problem is that the ex-spouse is unreasonably slowing down the process by, for example, refusing to agree on a realtor or setting the price of sale unreasonably high, it is possible to ask the court to resolve the dispute. Your attorney can file a request to have a price set, a realtor designated, and set specific timelines for having tasks completed.

Evidence at such a hearing would include appraisals to demonstrate your particular price for the house is reasonable, a list of available realtors, and a particular proposal for deadlines and reasons why they are reasonable.

If an ex-spouse is refusing to comply completely, then your attorney may file a motion for contempt. This motion will tell the court that your ex-spouse was ordered to sell the house, but is willfully failing to do so.

A motion for contempt is essentially asking that the court punish the ex-spouse for not living up to the divorce decree. These punishments usually take the form of some sort of monetary penalty or ordering the party to take a specific action, such as listing the house.

Another option is for your attorney to file a motion asking the court to change the responsibility for selling the house. The attorney could ask that your ex-spouse be required to vacate the premises to allow you the ability to enter it and put it on the market.

If you are still tied to an ex-spouse because of an unsold marital residence, contact us today at (732) 529-6937 to talk about your options. We can help you determine the best next step to move your case forward.