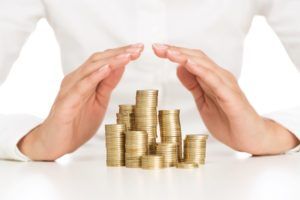 Alimony is an area of law that was developed long ago to help a wife support herself after a divorce. Law and society has come a long way since then, and it is much more the norm for women to work outside the home, and often generate as much income (o more) as their husbands. In 2014, Governor Chris Christie signed the New Jersey Alimony Reform Act, which made some important changes to alimony in New Jersey.

One of the most drastic changes enacted by this law was the available duration of alimony. In the past, although the length of a marriage was a factor to consider in an alimony award, permanent alimony could be awarded to any spouse regardless of the length of marriage. After 2014, however, the term “permanent” was eliminated from the alimony statute completely. Now, for any marriage less than twenty years, the alimony award cannot exceed the length of the marriage. So, for example, if a couple was married for fifteen years, a judge cannot order alimony for longer than fifteen years. There is, however, an exception for “exceptional circumstances,” which has not exactly been defined yet since the law is so new. These circumstances could include, but are not limited to, such things as the age of the parties at the time of marriage and the time of the award of alimony, whether one spouse has a chronic illness, etc.

Another important change is the way retirement age is treated with regard to modifying or stopping alimony. Under the new law, there is a rebuttable presumption that once the paying spouse reaches retirement age according to Social Security, alimony will terminate. The spouse receiving payment may overcome the presumption that alimony will stop at that time by presenting proof on a variety of factors such as ages of the parties, degree of economic dependency on the paying spouse during the marriage, how much alimony has already been paid, and the assets and income of the parties at the time of retirement.

Other important areas covered by the new law include terminating support upon loss of the payor’s job, what happens when the party receiving payment starts to cohabit with another person, and whether temporary alimony is a factor to consider during a final alimony award.

There is no set formula for alimony, and the new changes in the law can be difficult to understand. We have experience in navigating the new law. Contact us today at (732) 479-4711 to discuss the 2014 changes and what it means for your case