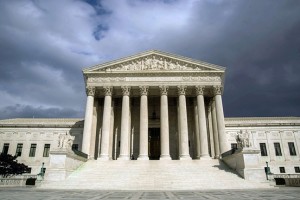 We do not usually talk about the U.S. Supreme Court on this blog, which is devoted to NJ Family Law. The reason is simple, in that NJ Family Law is not typically effected by opinions of our country’s highest court. Family law is one area that is almost exclusively governed by state law. With the few exceptions revolving around the constitutional right of parents with regard to their children or international law, almost all of our law in the NJ Family Law context is resolved at the state level.

Therefore, why are we blogging about the U.S. Supreme Court? Most notably, it is the most important judicial body in this country. Everything that happens there impacts us all. On February 13, 2016, Associate Justice Antonin Scalia suddenly died, leaving a vacant seat on the Court. There are an odd number of Justices on the Supreme Court, nine in total, so that every case has a definite ruling. Until there is a new Justice appointed by the President and confirmed by the U.S. Senate, we will have eight members on the Court.

What does that mean? If the Court splits with four votes to affirm the lower court decision and four votes to reverse that decision, the lower court’s decision will remain as is. But, and this is a big but, that lower court ruling will only apply to a small part of the country, namely the circuit where it originated. In short, our country is divided into twelve judicial circuits at the federal level, organized in large part by geography, and one specialty circuit. When the U.S. Supreme Court makes a decision, it applies to the entire country. Its primary function is to resolve legal issues for all of us so that there is clarity on what our laws and Constitution mean and say.

With the political season upon us, it is unclear when we will return to nine members on the nation’s highest court. The good thing for our clients is that the state of the U.S. Supreme Court will have little to no impact on the NJ Family Law that governs custody, support, distribution of assets and liabilities, adoption, estate planning or domestic violence. We will keep a watchful eye on the developments to see if the court takes up anything that might have an impact on New Jersey citizens. Stay tuned.