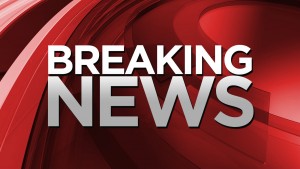 As we discussed in a prior blog, a new alimony law was passed in 2014. Among the issues the law modified were the circumstances upon which alimony could terminate upon the retirement of the payor spouse. As with all new laws that are passed, attorneys and trial judges alike have had conflicting views on who the new provisions regarding alimony and retirement apply to. Thanks to an Appellate Division decision that was published on February 22, 2016, we have an answer.

In the new case, the husband had been paying alimony for 24 years, following a 22 year marriage. After the husband celebrated his 66th birthday, he moved to terminate alimony. He was no longer working and his income consisted of social security retirement and a pension. He outlined a variety of medical conditions that directly lead to his decision to retire, including a leg/foot condition, chronic conditions and being a cancer survivor. Naturally, the wife argued that she continues to need alimony and the new alimony and retirement law does not apply to this situation given that the settlement agreement was signed prior to the enactment of the new law.

The trial court used the new alimony and retirement law to decide that there was a rebuttable presumption that alimony should end given that the husband had reached full social security retirement age. As the wife did not provide sufficient evidence to rebut the presumption, alimony was terminated. The wife appealed the decision and argued that the presumption should never have been used given the date upon which the settlement agreement was signed. The Appellate Division agreed with the wife.

Under the new alimony and retirement law, the presumption that alimony should terminate upon the payor spouse reaching full social security retirement age only applies if your alimony Order was entered on or after September 10, 2014 and your settlement agreement does not specifically address alimony and retirement. In all other circumstances of retirement on or after reaching full social security retirement age, there is a presumption that retirement is made in good faith, but the payor spouse must still prove to a court that alimony should be modified or terminated. Essentially, this is an issue of which spouse has to prove his or her case to the court.

The new alimony and retirement law has specific criteria for the payor spouse to prove that alimony should be modified or terminated after reaching full social security retirement age when the presumption does not apply given the date the alimony award was first entered or the language in the agreement. Specifically, the law says:

[T]he court shall consider the ability of the obligee to have saved adequately for retirement as well as the following factors in order to determine whether the obligor, by a preponderance of the evidence, has demonstrated that modification or termination of alimony is appropriate:

(a) The age and health of the parties at the time of the application;

(b) The obligor’s field of employment and the generally accepted age of retirement for those in that field;

(c) The age when the obligor becomes eligible for retirement at the obligor’s place of employment, including mandatory retirement dates or the dates upon which continued employment would no longer increase retirement benefits;

(e) The reasonable expectations of the parties regarding retirement during the marriage or civil union and at the time of the divorce or dissolution;

(f) The ability of the obligor to maintain support payments following retirement, including whether the obligor will continue to be employed part-time or work reduced hours;

(g) The obligee’s level of financial independence and the financial impact of the obligor’s retirement upon the obligee; and

These cases can be difficult for both parties, and for the court. If you want us to address your specific situation and explain how the new alimony and retirement law applies to you, contact us. Remember, we will not tell you what you want to hear; we will tell you what you need to know.