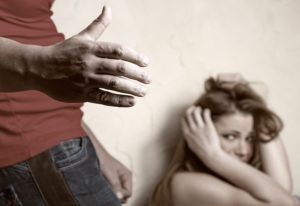 Domestic violence is a very real problem, with thousands of women and men being victimized every year. In New Jersey, special protections are afforded to victims of domestic violence under the Prevention of Domestic Violence Act (“PDVA”). Under this law, domestic violence includes not just physical assault, but other offenses such as kidnapping, threats, sexual assault, stalking, and many other crimes.

Among other avenues of relief provided by the PDVA, a victim of domestic violence may apply to the municipal or family court for a Temporary Restraining Order. The victim will make a statement to a judge, under oath, about why a restraining order is necessary, and the judge will decide if the risk of violence is enough to grant the restraining order. If a judge grants the order, then there will be a final hearing set for ten days later, when both the victim and the abuser will present evidence on the facts that the victim originally presented to the judge. At that time, the judge may decide to make the Restraining Order permanent.

If the judge grants the request to make the restraining order permanent, the judge can make any order necessary to prevent further abuse. These orders can include such things as keeping the abuser from owning weapons, requiring domestic violence counseling, no contact orders, as well as many other avenues to keep the victim safe. Significantly, the judge can make orders to protect children. So, for example, a judge may order that the abuser may only have supervised contact with the children, or even no contact at all.

Moreover, the existence of domestic violence can have an impact on your divorce or custody case, even in the absence of a restraining order. Any custody decision is based on the best interest of the child, which is dictated by a long list of factors that are set by New Jersey Statutes. Included in this list is whether there is a history of domestic violence in the family and “the safety of the child and the safety of either parent from physical abuse by the other parent.” These factors make it clear that it is not necessary for the child to be a direct victim of physical abuse from a parent before domestic violence becomes relevant in a custody decision. As it is obviously not in a child’s best interest to be exposed to domestic violence, proof of violence in a relationship may result in a divorce or custody judge ruling that the abusing parent has very limited or no visitation with the children.

If you are the victim of domestic violence, call us today. We can help you obtain a restraining order to protect you and your loved ones from future abuse. Schedule a Client Vision Meeting to help discuss your case.