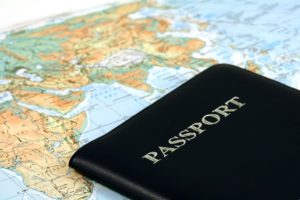 The world community is becoming more mobile by the day, with people moving to different countries for work or personal reasons. Relocating out of your home country is an exciting time, but often means leaving behind friends and family. It is quite common for parents to want to take their children back to their home country to visit these friends and family and to enjoy their home culture. When there is a dispute over child custody, however, taking a child out of the country, even just for a visit, becomes more complicated.

United States law requires that both parents sign the application for a child to obtain a passport for a child under the age of 16. If a child is over the age of 16, parents must both sign the application, and in addition, provide proof that they are that child’s parents or legal guardians. However, if you provide proof that you are the child’s sole custodian or have the agreement of the other parent in obtaining the passport, it is not necessary for both parents to sign the passport application. Keep in mind that this is simply the rule for the United States in obtaining a passport: other countries may have different requirements for a child travelling with only one parent.

The issues become significantly more complicated and difficult if one parent refuses to sign the application for the passport or to sign a document indicating his or her consent to allow the other parent to obtain one for the child. If that is the situation, then the parent seeking to obtain a passport may go to the court and ask for the court’s assistance. In one case, though, a mother was unsuccessful in her attempt, as she made her request too broad. In Sandra Costa v. Paulo Costa, the mother sought to have a custody order modified to provide that she had sole legal custody of the couple’s children. She asked for sole legal custody, as she could then obtain a passport for the children without the father’s consent. The court ultimately denied her request, however, because she did not limit her request to only getting a passport for the children, but for total sole custody. Had she requested only to be permitted to obtain the passport without the father’s assistance, the result may have been different.

We understand the challenges inherent in having international family and travel needs. Contact us today at (732) 529-6937, and we can discuss your children and international travel